Want to understand the buzz around SXSW 2013? Ask Ring.
Ring is a installation project commissioned by eMuze and Learned Evolution. Ring debuted at the #FEED space for SXSW 2013.
Ring tracks Twitter and Tumblr activity for all 1800+ bands performing at SXSW Music, mapping the network of retweets and Tumblr reblogs that move initial posts through the social media world.
Ring represented a completely new way to measure how much grassroots buzz bands were getting going into SXSW – and how that changed during the festival run.
And because Ring was built from the ground up as a hardware-accelerated Chrome app, anyone in the world was able to experience Ring using a Chrome browser.
Ring presented a number of technical challenges because of the size of the data that we were visualizing; 1800+ bands blogging and being blogged about on Tumblr and Twitter quickly generated over 100,000 posts to crawl, filter and visualize.
On the server side, we used Node.js to collect and cache relevant posts – and serve them up quickly.
On the client side, WebGL + Three.js (running a custom GPU shader) on the Chrome browser enabled smooth animation – even for thousands of objects. Finally, we used Web Audio for Ring’s sound design. 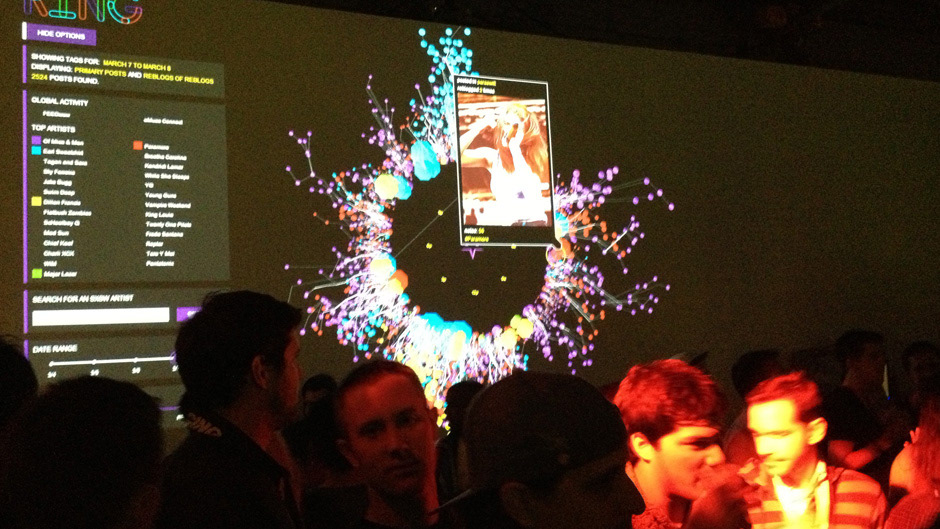 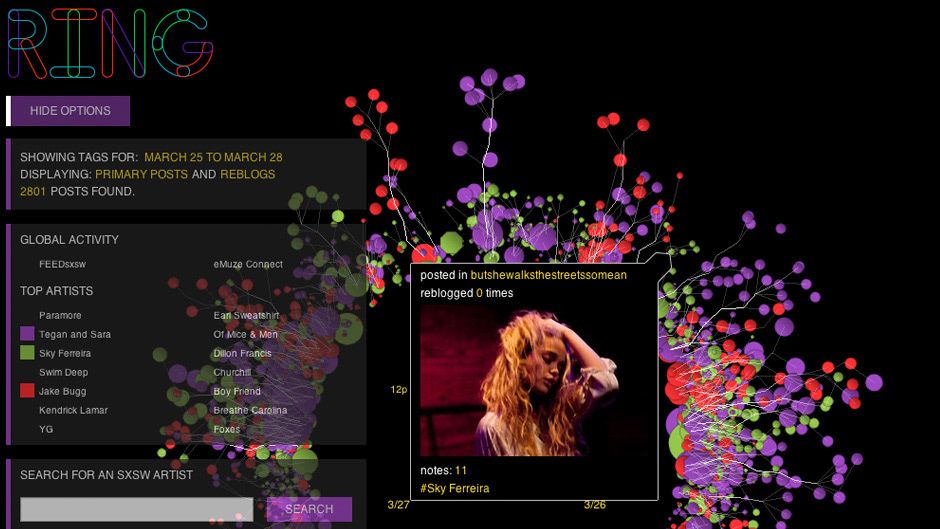 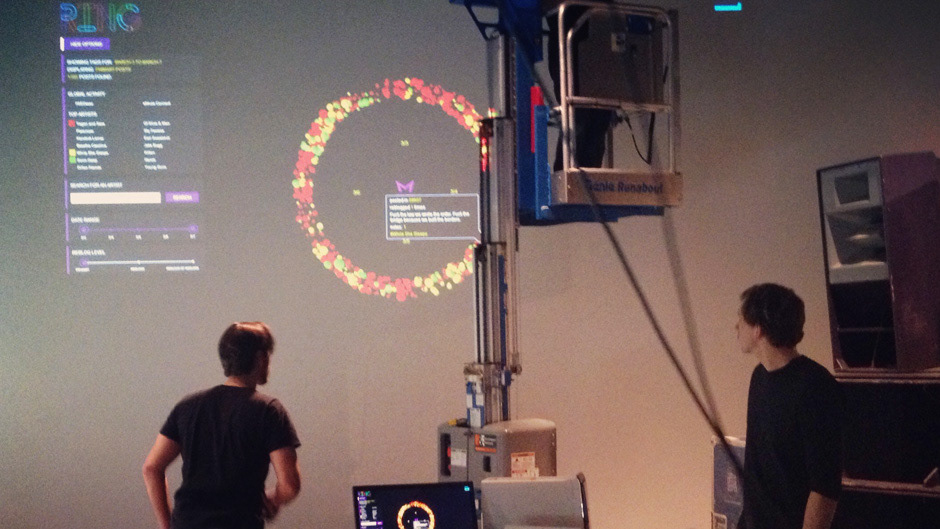 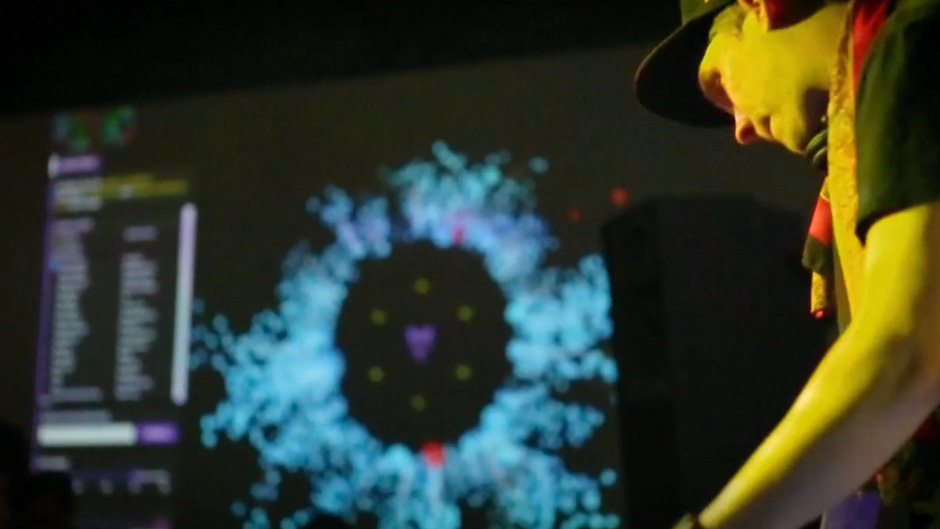